Computer Network Topologies is the way in which all computers and devices physically connect to each other.

It is the very most and simplest topology where data travels like on the buses through a cable. It is also called the Line Topology.

In this topology, all computers and devices connect with each other through a single cable via a network card, network or coaxial cable and RJ-45 Connectors.

It is very difficult to find out the trouble if the whole network goes down.

It is hard to sort out the issue of a single device in this topology.

For large networks, bus topology is not good.

You need terminators for both ends of the main cable.

The entire network fails if the main cable does not work. 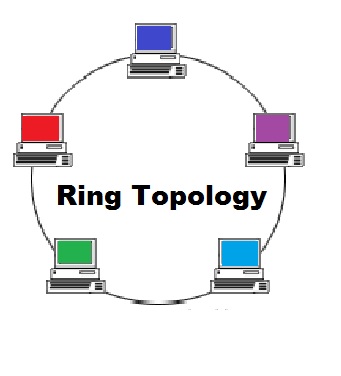 In a ring topology, all computers and devices connect with each other in a ring shape via the token passing system.

The cost of networking devices is expensive. 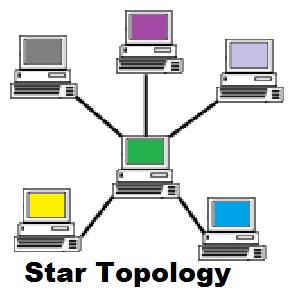 It is one of the most popular network topology, where all computer connects with each other via central hub/switch or server computer.

Star Topology Network works in a start shape by using a network card, network or coaxial cable and RJ-45 Connectors. 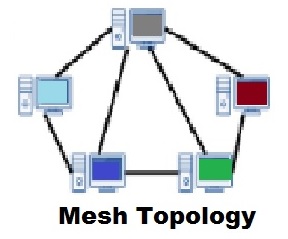 A network setup where each computer and network device is interconnected with one another.

Advantages of a mesh topology

Disadvantages of a mesh topology 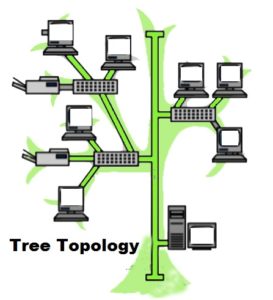 It is the combination of the star and bus topologies. It is also called the star bus topology.

Advantages and Disadvantages of the Tree Topology.

The advantages and disadvantages of tree topology are the same as star and bus topologies. 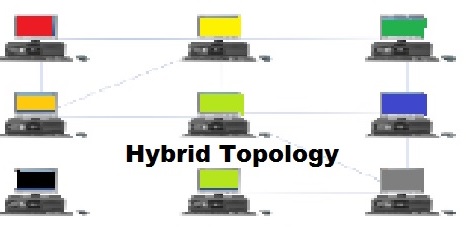 Advantages and Disadvantages of the hybrid Topology.

Thanks a lot to read this article.  Hope you have learnt about Computer Network Topologies.