Computer science is the study of things related to computers such as algorithm, Flowcharting, software, hardware, programming, networking and Internet technology.

It is a very vast knowledge which covers all the computer technologies.

Deep knowledge of computer from Computer introduction to advanced you can get in computer science.

A computer science student studies to become an engineer in this technology.

Students prefer to study computer science because of the salary package.

You can choose subjects for the computer science field in 11th grade.

What is Computer Software?

In computer science, there are major three types of software.

What is system software?

As a computer mouse is hardware. It performs different tasks. We can move the mouse pointer and set the cursor anywhere with the help of the mouse. 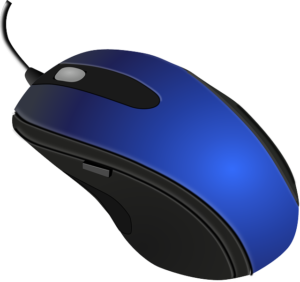 We can scroll the page up and down, we can draw anything, we can select the data and open the menus etc.

But do you know there is only the software which is controlling the mouse functions?

And that software which is doing this is system software.

The most commonly used part of a computer is the keyboard,

With system software, you will be able to use the computer keyboard.

What is Application Software?

Software that you use for your needs, such as letters and applications, you can use “Winward” for writing, you use “Excel” for accounting, math equations, and for slideshows, You use “PowerPoint“.

The applications which   you use for computer graphics are

What is Computer programming language software?

What are Algorithm and Flowcharting?

Software designing, software development and computer programming is impossible without the use of algorithms and flow charts.

An algorithm is a set of steps that helps us complete a specific task.

We use the algorithm in daily life to complete any task.

If you just want to boot your computer, all the procedures that will come to your mind are algorithms.

It is necessary to do all these algorithm steps in the sequence.

To boot the computer what should be the 1st step?

Power on the device.

There are many types of hardware available in computer technology. Each hardware includes different hardware.

If I only talked about the system unit, I could type a thousand-page book to explain all the hardware involved in it.

A system unit is a case in which we can see the motherboard and Power supply.

It also has exhaust fans that dissipate heat.

On the motherboard, there is more hardware we can see several electronic components including main components like Processor (CPU) and RAM.

A CPU works just like the brain does. It takes data and processes it. And gives us the output.

Programming is the most important part of computer science in the development of computing software. And a computer programmer

A computer programme works on the set of instructor which the programmer gives it.

Everything which we are operating actually is the programs.

We drive a car in another way we operate a car.  The car is programmed by the programmer and a driver just operate it.

As you know computer programming is a very popular job.

Internet helps you to share and receive data worldwide.  It had made our lives easier. We can sell and purchase anything online worldwide using internet technology.

We can send and receive data from one side of the world to the other, including text, images, voices and videos.

Many students ask me about either computer science hard and how can we get the degree?

Nothing hard if you do it with hardworking and focusing.

Computer training is now being provided by all schools and institutions. Lunar Computer College is also a place where you can learn computer courses according to your needs.

You can study relevant subjects in Computer Science at Lunar Computer College. anytime from your home.